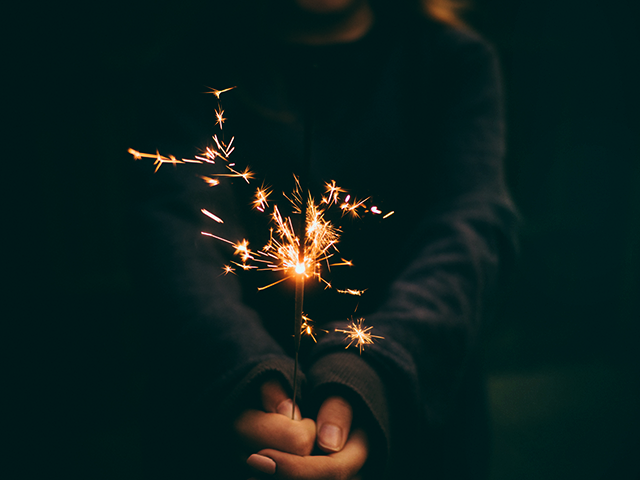 Do Resolutions Ever Work?

This question has always bugged me. I literally just figured out my disdain while trying to craft a Musing about the importance of resolutions. I didn’t know why, but it has always grated my nerves that because it was a new year I had to miraculously be motivated to turn over a new leaf, break an old habit, and/or insert a new one. So why does this tradition of setting resolutions at the turn of a new year irritate me?

I realized I have much better success at change when I simply Act As If versus planning and putting off how I’m going to do something. The speed of accomplishment doesn’t matter so long as I continue to move forward.

After I wrote my Act As If musing I decided to follow my own advice. I’d been complaining to my doctor that my post-chemo meds were making me gain weight. As I told my doctor, “I’ve put on 8 pounds in six weeks. I have to be on this medication for 10 years… do the math!” Her thought bubble was crystal clear, “I’m not really concerned about that… you’re alive.”

So I decided to act as if I was a “health nut” or at least a “quasi-health nut.” I stopped making excuses and planned at least four workouts a week. I stopped allowing for multiple “small” indulgences throughout the day, which added up to anywhere from 500 to 1,500 calories. I started dressing more like someone who is fit and healthy. I made sure that every choice I made during the day was going to make me healthier and more fit.

Lo and behold the weight came off and I’m stronger and feel more fit than I’ve have in years. I literally acted as if until it became habit. Had I waited until January 1st, who knows how much more weight I’d have to resolve to lose?

So my New Year’s resolution is to always make sure I’m Acting As If when I want change. To live fully is to take control of your life and start DOING that which you want to become.

Please share your thoughts. What changes are you looking to make and how are you going to accomplish them and how have you accomplished something in the past. Always curious to hear how someone has made a Life change for the better.

Here’s to a healthy, fun, adventurous and inspiring 2017.

[…] days into the New Year, how are things going with your Resolutions? Last week I mentioned how I’m Acting As If because it is a more actionable path. As I have embraced my […]

The resolutions chat annoys me too. However, I do find that at the start of both the academic and the calendar year I find fresh incentive to sit down, evaluate and take action. It’s when I look at my schedule and think “what can I do to use my time more effectively?” “how can I be better?” I really wanted to go back to ballet classes this year after a change in work schedule and some ill health stopped my motivation to go…I felt really convicted by my friend’s daughter asking me on our annual New Years Day walk if… Read more »

I think people have trouble sticking to big resolutions because they want everything at once instead of realizing that change happens really slowly. Who can stick with a huge sweeping change? I think you can resolve to continue improving on small changes you’ve already started to make though, especially when those changes are fun for you and fit in with your current life. This year I want to get better at yoga inversions so I can do them on my own without an instructor to give me an assist. I’m actually almost there with head stands so I’m on my… Read more »

I don’t know if resolutions work for the masses, but I agree that we should focus on the active part of the definition. In 35 New Years I can admit my resolutions have likely varied wildly… from, “I WILL be fed before the clock chimes one” to “I will figure out my major!” Have I focused on the act of solving any of those problems? Very few, I’m ashamed to admit. What I have found, at least for now, is that a date or an event can sometimes be a good starting point when life seems to go a bit… Read more »

ARenee …You need to write a book of life’s anecdotes. I’ll choreograph the dancers for your book tour? I can’t wait to meet you when we come up north this season.

I find that it’s easier to start making change when I take it upon myself and make the change happen. Something that helps to motivate change is when you realize that everyone goes at a different pace and progress is progress. I love the unique perspective that is presented in this musing and I love the connection it makes in the process of “acting as if.”

I totally agree with you that each of us has to progress at our own pace. I’ve honestly always felt I was a late bloomer. I’ve always felt about 10-20 years behind my peers… but when I came to the same conclusion you did… that as long as I’m moving forward its progress… I was able to stop comparing myself to others and enjoy the adventure.

This really struck a chord with me. I have also felt like a late bloomer all of my life as well. Thank you for sharing this. I want to print this and put it up somewhere to remind me that moving forward is progress. I am reminded of a quote I once read that said, “It’s so much easier, to learn to love what you have instead of yearning always for what you’re missing, or what you imagine you’re missing. It’s so much more peaceful.” Wishing you an adventurous 2017.

I don’t think I can say I’ve made New Year resolutions but I have incorporated some new healthy habits over the last few months. First one was keeping enough dark leafy veggies in my diet. I took kale, chard, dandelion & turnip green, spinach, & parsley and dehydrated them on very low heat (to preserve the vitamins & minerals), ran them through a grinder & sprinkle it on food. I’ve allowed myself to disconnect from the few people that have been adding undue stress to my life (and NOT feel guilty about it) & spend more time with the ones… Read more »

Wow these are GREAT!!!! I’ve always had a problem disconnecting with people that I don’t get positive energy from, feeling like I should be able to deflect their angst, negativity, or whatever else doesn’t jive with my desired energy bubble. Thanks for posting. I’m inspired by the changes you’ve made and yes, nothing jazzes up a mediocre day like gratitude. ?

The great thing about these greens is that they can be ground coarsly (for salads, pasta, fish, etc) or finely ground (mix into some drinks, dressings, etc). And it’s tasteless so you can put it in/on anything! Seriously, I’ve put it in jello, oatmeal, protein shakes, frosting, and salad dressings. Next I’m going to try the same with turmeric, and other anti inflammatory plants, herbs, etc

Love this! For the past three years I have made an effort to draw focus to a single Bible verse or passage for an entire year and with it a mantra. 2015: it was Ephesians 4:1, a verse of challenge to draw focus daily on who God calls me to be. Walk Worthy. 2016: Ephesians 3:20-21, verses focused on seeking God and the abundance of things he offers freely to us. Be Intentional. 2017: Hebrews 12:1, a verse that challenges us to run with endurance. Run On. Throughout the seasons I have faced over the last couple of years, I… Read more »

Now THAT is intention followed by action. Thanks for sharing! Happy Amazing 2017