I don’t know what mean-spirited person thought up the word Failure, but I simply don’t believe it exists. It is a grouping of letters with absolutely no meaning for me. 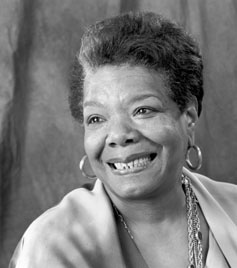 “You may encounter many defeats, but you must not be defeated. In fact, it may be necessary to encounter the defeats, so you can know who you are, what you can rise from, how you can still come out of it.” ~ Maya Angelou 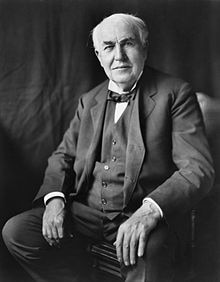 Our sport’s psychologist, Dr. Parham, affectionately known as Dr. P says, “Failure is an Inventive term.” He invites you to consider that in every instance one hasn’t “failed” at anything but instead has “succeeded” in measurable increments that can be processed as positive or negative.

This past year the UCLA Gymnastics team set a goal to win the National Championship. We finished 5th. It doesn’t equate to failure. It means we didn’t perform well enough to earn enough points to take first place. Facts: We finished higher than we’d been ranked all year. We hit 48 for 48 routines at the NCAA championships. We stuck more landings in those two meets than we did all season. We reached the pinnacle of Coach Wooden’s pyramid of Success – Competitive Greatness: “to be able to be your best when your best is needed.”

There’s a distinct difference in my mind between not reaching a goal and failure. Failure has a mean-spirited finality to it. There probably are some grave instances where I could conjure up a description of failure, but I believe they would all include something extreme like death.

I first started thinking of this concept when I was writing my speech for my induction into the UCLA Hall of Fame. I was 50 and I realized for the first time that I wasn’t brought up with a concept of failure. This is something I attribute to my incredibly loving mother. In every circumstance I can remember she would unemotionally talk with me about the fact that if I wasn’t happy with the result then I should do something differently the next time to get a different result.

When I didn’t get cast for a particular part in a ballet that I really wanted she’d say, “Oh honey, don’t worry. They must be looking for something specific for that part.” When I was told I didn’t get cast because I wasn’t thin enough (aka my chubby phase) she said, “Honey, don’t get upset. You’re just not ready to be disciplined enough to get in better shape. If you decide to do that, I’m sure a lot more parts will come your way.” … Ouch… truth hurts.

We’re about to head into another Olympic season. There will be more athletes around the world who don’t make it to Rio than do. I would hate for any of those who don’t make their teams to feel like “failures.” I honestly don’t believe if you’ve done your best at preparing, and given your full effort in competition that there’s any credence to “failure” if you fall short of achieving your ultimate goal.

I remember track & field star, Gail Devers, being interviewed after not medaling in the 2004 Olympic games. The reporter said something like, “I know you must be disappointed not winning the Gold.” Gail respectfully replied, “What are you talking about? The last Olympics I knocked over the hurdles and didn’t even finish the race. Not to mention 14 years ago I was diagnosed with Graves disease and almost had to have my feet amputated. I just finished the race at the Olympics, I’m thrilled!” I remember shouting “HECK YES GAIL!” at the TV in support of her ability to see the big picture while still fresh from the heat of the battle. #fellowUCLABruin

I vote to expunge this F word from the dictionary. Who’s with me?

[…] my favorite part of challenging ourselves is there’s no downside. Remember… I don’t believe in the concept of failure. Even if I had gotten up on that stage and collapsed out of anxiety, all the things that i had […]

[…] would you do if you knew you could not fail? There’s that F word again. I have had more views and responses to my last post  than all of my other posts combined. I’m […]

Miss Val I found your consideration and words inspirational. I believe that what you said was inspired and well thought out, it made me think. I’m not going to say I disagree to your thinking but I think I would ask you to consider the word versus the term in a broader spectrum. As an example in a weight room there are days where going to “failure” IS the goal. It’s just a point where physically the muscles can’t perform a repetition again. And it’s ok, whatever it is. It sets a mark, a point and that’s all it is.… Read more »

ABSOLUTELY! You capture the true essence of the word of how it originated, and I absolutely agree with you. I don’t like how the word has taken on such a negative connotation. Our great inventors “failed” how many times before discovering their inventions. In this day and age “Failure” is more often than not paired with desolation, “losing”, and humiliation. Thank you for responding to my musing. Your message is spot on and yes, I loved reading “The Last Lecture”. Please feel free to send any other recommendations my way. Sincerely ~ Valorie

Miss Val,
I want to thank you so much for one of your latest musings about the “F” word. I found it not only intellectually stimulating but also extremely inspiring and I have found myself watching not only my goals but how I look at progress and my ways of thinking have changed for the better. Thank you for inspiring a change in me and inspiring me as a person as well. You’re amazing and I hope I can thank you in person one day??

Wow ~ thank you for the comment Abby. I spend most of my free time reading, listening and viewing inspiring things. It’s fun to be able to share them with people. I hope we can meet someday as well.