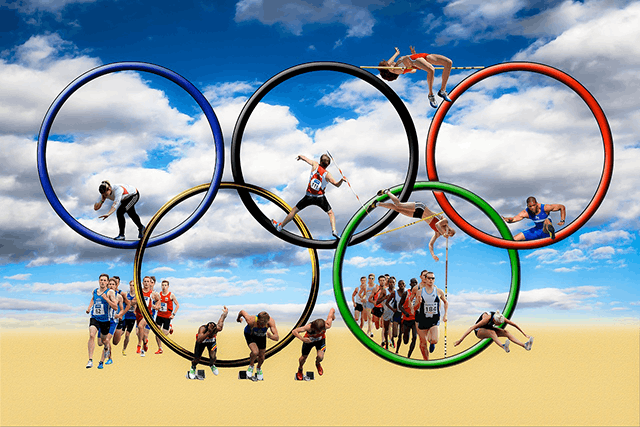 The life of an Olympic athlete isn’t all sunshine and rainbows—every thing they do every day of the year is calculated as to whether it will help them achieve their goal—to be the BEST IN THE WORLD.

A few years ago I clued into why it’s so important to set extremely high goals. It’s not because of what achieving the goal will get you, but it’s how resetting your sights on that goal affects everything you do during the day.

Last year after Fall quarter I met with our freshmen gymnasts. They did OK academically, but nothing that they were excited to “write home about.” I asked if they had set out to get a 4.0. All of them said “No.” Then I asked, “how would your Fall quarter have been different had you been determined to get a 4.0.” Immediately Katelyn Ohashi, a former elite gymnast and 2011 Junior National Champion and 2013 American Cup Champion, connected the dots saying, “Wow, I would have been a lot less stressed.” I asked her to explain. She said if every day she’d been committed to getting a 4.0 she would have been more disciplined with her time management and therefore been a lot more prepared, which means a lot less stressed. Moreover, she would have gotten a lot more sleep, socialized less (including social media), ate better, cardio’d more to be more fresh to study, and so on.

Along with Katelyn being a better student-athlete—had she hit the refresh button everyday to get that 4.0—it would have shown up in her discipline in and out of the gym. She would have been a better example for her teammates to follow—and we all know how infectious peer pressure can be (positively or negatively) especially in the college environment.

My goal this year is to be the best teacher/coach, friend, wife, and 57-year-young woman in the World. Ayiyiyiyiyi exhausting just thinking about it. I know I’ll falter, but every day I’ll hit the reset button, refocus on my goal, and get excited about being the Best in the World. #BITW #GOAT

What’s does your Olympic-size vision look like? What does being the best in the world for you look like? What’s stopping you from putting in that effort? Striving for excellence is frustrating and exhausting mentally, emotionally and physically. To be great doesn’t mean you won’t fall. Being great requires getting back up, learning and moving forward. If I do that, regardless of where I  finish, my tomorrow will be always be better than yesterday.

Looking forward to the exhaustion that will come at the end of today.

This is a great challenge. My biggest obstacle is fear of failure (um…that anxiety thing…totally ruled by it for myself, yet I can motivate others? What’s that about?!). Every time I face rejection I find it crippling. I have no idea how to fix this, but really want to do better!

Hi Laurie, I just try to stay focused on one simple principle: becoming a better version of myself each day. Even if it merely is being able to hit the “refresh” button on my positivity… that’s a step forward. Regarding your “crippling” feelings when you face rejection; I implore you to never let anyone determine your self-worth. You will never get an unbiased opinion from someone because how they respond to you, in large part is determined by stuff that’s going on in their own lives. Re: the “anxiety” thing. Just give it a shot. For one day resist thoughts… Read more »