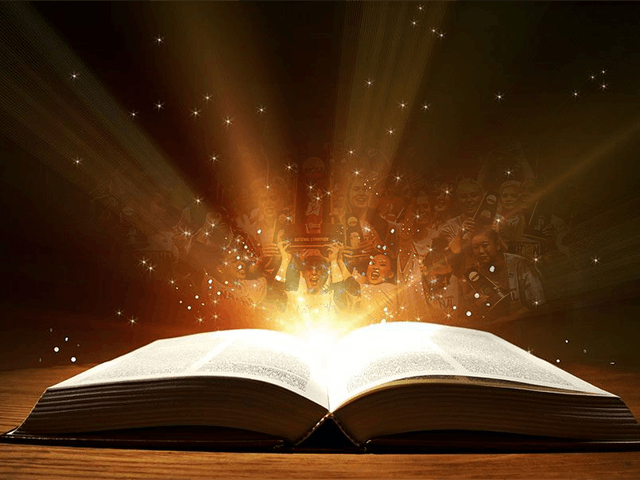 Storybook Endings ~ we all dream of them. We plan for them, work for them, hope and pray for them. How often do they actually turn out? I like to think that if I work hard and smart at something, that eventually my determination and discipline will collide with a bit of luck and that elusive storybook ending will come to fruition.

The question is, what happens when I do all of that and the result falls short of a storybook ending? In Life, more times than not the book unfolds and it is up to us to craft which story we want to embrace.

These past two years, the UCLA Gymnastics saga has had all of the ingredients for an epic story. Strong charismatic characters, an abusive culture revealed, a lead character who stood as an advocate for the abused, two opposing teams that came together in support of abuse victims and competed in an event that transcended sport. It had one of the greatest comebacks in all sports history in the NCAA gymnastics championship last year. Cut to this year when the lead character reveals it will be her final year with the team, a gymnastics performance that was the most viewed sport video of any sport in 2019, more spotlight and celebrity poured on the team than ever in its history, and a team that got better and closer as the season culminated to the final championship weekend. The past 24 months had ALL of the ingredients for a storybook ending… UCLA GYMNASTICS WINS IT’S 8th NATIONAL CHAMPIONSHIP.

But that’s not how the story ended. The real headline read UCLA GYMNASTICS FALLS SHORT OF NATIONAL TITLE.

That is the book that’s been written, but that’s not the story I choose to believe. There are hundreds of quotes illustrating the character and path of warriors.

“Warriors of light are not perfect.Their beauty lies in accepting this fact and still desiring to grow and to learn.”

“A warrior does not give up what he loves, he finds the love in what he does”

“Only as a warrior can one survive the path of knowledge.”

Our storybook ending is steeped with guts, grit, a strong team bond, and love. We fought with perseverance and resilience. When we made a mistake we quickly rebounded and reinforced the team commitment to No Regrets! At the end of the meet we were frustrated, angry, sad, and disillusioned. Staying true to our culture, we circled up, talked it through and could all agree that we had no regrets, we just had too many small mistakes that took us out of contention for the title. In hindsight, there was nothing I would do differently and nothing I can say was the cause for a less than stellar team performance.

It’s easy to use the excuse that the team wanted it too badly for their head coach’s final competition, but I honestly believe our team was fully prepared for that. If anything, they might have been striving for perfection versus excellence which took them out of their zone. And quite possibly, that shift in intention came from believing in the storybook ending.

This analysis will be analyzed this week from two different vantage points. One from us coaches when we debrief with the team, and the other from the “Monday morning quarterbacks” (or whatever the gymnastics version is called) who will come up with their own conclusion and story to tell.

For us, our staff and our student-athletes, we know our storybook ending is in line with our culture and foundation of our program. Our culture: to strive to chalk up more days than not during the year that we can honestly say “I did a great job today toward our goal of leaving the end of our season with no regrets.” We could have hung our heads at the end of the meet in frustration and beat ourselves up over all of the what if’s, but then we would have been writing the storybook ending of the agony of defeat. Instead, our team chose to celebrate everything they’d been through together since we first came together on September 7. They chose to celebrate a hard fought battle. They chose to come together in the way that bonds them the most ~ they chose to Dance.

And in that Dance, they gave permission to everyone who was watching them that it’s OK to feel good about yourself and celebrate a battle well fought even if you fall short of your goals. In that last Dance they wrote their storybook ending of a year of growth, maturity, and a team bonded through honesty, respect and love.

Thank you UCLA Gymnastics for giving me a storybook ending to my career.

Last weekend was the NCAA Gymnastic championship 2019 at fort worth Texas and I am sure that it was an expected meet for all the Bruin nation that support this amazing team. At least for me, my favorite team did not win the 1st place this time but you know what, they won more than a 3rd place on this season. I am not saying that the championship is not important, it is important because every single team has worked too hard to get into the nationals and compete for the first place. What I am trying to say is… Read more »

Your team’s joy and gratitude is contagious. I felt a little down at the end of the championships because, like many other people, I wanted to see that “storybook ending” for you. After seeing the team take time to reflect and then celebrate both in their dancing and the interviews that they gave afterward, I began to feel uplifted as well. What a beautiful display of sportsmanship! Your influence in your career has gone far beyond a single National Championship and even the sport of gymnastics. Congratulations on an amazing career and I look forward to seeing you speak in… Read more »

I was also dismayed when I saw the article which claimed UCLA had lost- thank you for changing the lens and giving a different perspective to the experience. That is one of the measures a true leader. Thank you for all of the joy you have given me over the past few decades of watching your student-athletes perform.

In other words, in Miss Val’s final season, a storybook ending was written. Although the team did not achieve a championship, it did achieve SUCCESS. ?

Thank you so much for sharing this. I watched yesterday with my 7 year old who is a gymnast and perfectionist by nature in everything she does. She was taught recently that practice makes progress by a great person. She felt so sad for you and all the UCLA gymnasts as she watched mistakes being made during the meet. Then, she watched your ladies celebrate their season ending by dancing and loving each other even though they didn’t have their “perfect” ending. She learned more from their loss than if they would have won the meet. Thank you for all… Read more »

You are exactly right Misty. Your young gymnast learned much more by watching this team “lose” )I hate that word) than if they ever won. Their grace..sportsmanship..and love was so important for her to see. Please make sure she is happy doing her gymnastics. If she loses her spark..well you know what I mean. Love to your little one from a former gymnast..coach.. and judge.