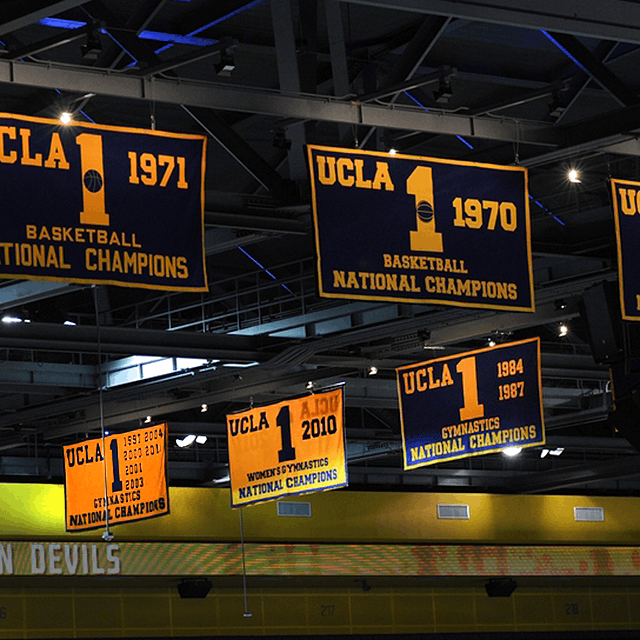 I’ve never flipped, never been able to do a pull-up, and have a fear of heights. How the heck did I become the Head Coach for the UCLA Gymnastics team; one of the most prestigious athletic programs in the country?

The short version: I grew up studying classical ballet and piano. I was dancing professionally out of high school and heard UCLA needed a dance coach for their gymnastics team. I called UCLA. They flew me out for an interview and offered me a full scholarship to be their dance coach. Eight years later, I was called into the Athletic Director’s office and offered the head coaching job.

WHAT? That’s exactly what the gymnastics community around the country said as well, only louder. I could hear the collective exacerbation, “Has UCLA lost its mind? They hired a Dancer/Choreographer to be their Head Gymnastics Coach?”

I quickly learned that I do have a very competitive spirit and like most of us, I hate to lose. I also intrinsically knew that there had to be something more to sports than just being able to say, “Ha, Ha we beat you!”

It was shocking for me the first time I really thought about how much bragging rights plays into sports. From youth sports to NCAA athletics to the pro’s and the Olympic Games… it’s all about bragging rights. How many gazillions of dollars are spent each year on being able to say, “We beat you.” If I was going to feel good about doing this job there had to be more to this leadership position besides bragging rights and acquiring trophies. In thinking it through I realized that athletics is one of, if not the best venue in which to learn life lessons. Sports encompass strengthening the mind, body and spirit. Sport develops emotional stamina. Team sports connect, producing the vital realization that the rewards of accomplishing something with others is far greater than anything one can accomplish on their own.

“SUCCESS is Peace of Mind which is a direct result in knowing you’ve done your best.”
~ John Wooden

I believe that the ultimate job of a coach is to motivate change; mentally, emotionally and physically. After all, the only reason we need coaches is to help us do that which we can’t do on our own. How we accomplish this is what makes us all different.

My approach is to coach the Person before the Athlete.

In researching a lot of different coaching styles and philosophies, I’m happy to report there are a ton of great coaches out there who feel the same.

It’s not about “Ha, ha we beat you.” Although winning is REALLY FUN! Ultimately, “winning” has nothing to do with the opponent, it’s about embracing all that is Athletics to help us become better than we would be if we didn’t have Sports.