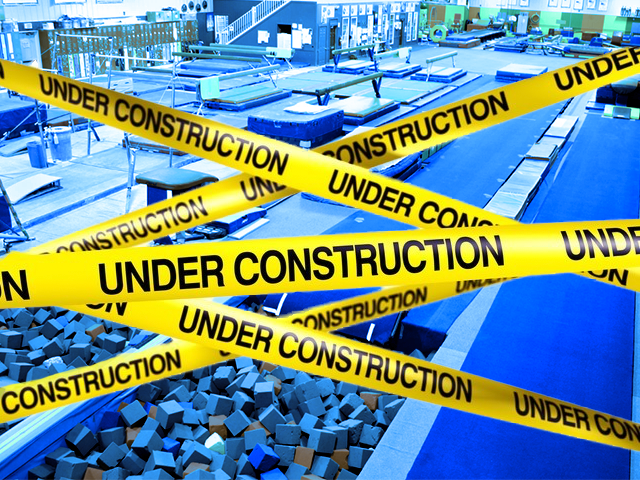 Change doesn’t happen overnight… and anything important in life takes time. For change to take hold, consistency is vital; consistency to a new vision and the discipline and perseverance to stay the course toward that vision.

There is no one-hit solution that will make the sports, including gymnastics, or any systemic injustice, better.

These are sparks and embers. They remind us there is light and that a fire is still burning. And while single sparks are amazingly effective at igniting the fire, it takes time to burn down an established, accepted abusive culture and rebuild.

How do you build something better out of the ashes? It’s a process that requires vision, a collective commitment to change, courage, bravery, determination, grit, perseverance and time.

It begins with education. There are invaluable, eye-opening books important in helping us understand what happened and where we can go: Jennifer Sey’s Chalked Up, Rachael Denhollander’s What Is a Girl Worth?, Abigail Pesta’s The Girls, John Barr’s Start By Believing, and Joan Ryan’s Pretty Girls in Little Boxes.

The documentary At the Heart of Gold is a fantastic companion to watch with Athlete A, as is the newly released podcast series Heavy Medals. They all add greater clarity to the pain endured by athletes and shine a light on the grooming techniques of an abuser. And we continue to hear more and more of them everyday, across the globe, through the #GymnastAlliance movement. We need to peel back those layers to reveal what’s at the core.

In order to move forward with consensus, we must identify and then understand why and how the culture of abuse has thrived throughout sport for so long.

I wholeheartedly believe that the growing army of athletes and advocates pushing for change will prevail. Important steps have already been made. The “Protecting Young Victims from Sexual Abuse and Safe Sport Authorization Act of 2017” was signed into law in 2018.

Next up is the needed passage of Senate Bill 2330, the “Empowering Olympic and Amateur Athletes Act of 2019.” While the Safe Sport Act opened up the timeframe for victims to report and empowered the Safe Sport organization, unfortunately this organization is still under the umbrella of the USOPC (United States Olympic and Paralympic Committee), which is not answerable to the very athletes it should protect. S.2330 provides athletes equal and a collective representation on the Board of the USPOC. For the first time, it would create independent oversight!

More specifically, the bill will establish a 16-member commission (50% minimum must be Olympians/Paralympians) who will “study the structure of the USOPC and recommend ways to strengthen the organization for athletes.”

The commission will work to rewrite the 1978 Amateur Sports Act, which established the USOC. S.2330 would fundamentally alter the power dynamic in a way that would hold those leading the various sporting bodies to account. This would be a pivotal step forward. I’m excited just writing about it.

To continue to move forward, we need to keep listening and believing those who are speaking out about their abusive experiences in sport. And, we need to hear from those who have had positive and healthy experiences with their coaches and athletic programs to understand that athletic experiences can be the most positively transformational experiences of ones life. The end goal is to train athletes at every level, including those who have the talent and desire to be the best in the world, with respect and dignity. To continue to say “Time’s Up” to those who feel success can only be achieved through bullish, demeaning and abusive methods and who hide behind the moniker of “Tough Love.” And to reignite, reinforce and globally reunify the true meaning of sport and competition. Pipe dream? If so, this is a dream worth fighting for.

absolutely wonderful article. Thank you Ms Val for helping be a part of the change.