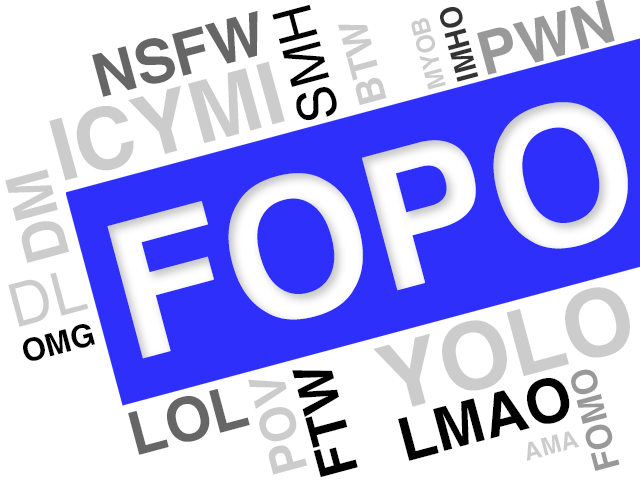 Having great friends and family is a gift. They offer a trusted social circle that can put a check on our behaviors. When testing a new idea, concept or behavior, they can safely challenge or encourage our thoughts and actions in a manner that propels our character in the direction we want to go. At its best, this group provides a safe space for exploration and creativity.

Just this past weekend I was traveling back from PAC 12’s seated on the plane between two friends and we were having an amazing conversation where we were exploring different philosophies on an issue regarding social media. The issue being if we engage in social media, we no longer control how large our circle of influence is or who’s in it (unless you’re like my husband who only has accepted 6 people as Friends).

Anything we do in public can be (and often is) recorded and/or commented on and then shared with the rest of the world. These periphery connections then begin to infiltrate the conversation with their opinions that can stifle the safe exploration mentioned above. When that happens we have succumbed to FOPO: Fear of Other Peoples’ Opinions.

This is a term coined by Dr. Michael Gervais, who introduced it to me during our conversation on his podcast Finding Mastery. It addresses the pause of fear we get when we consider sharing something on a platform where the entire world can have an opinion, especially if we’re marinating on a new idea or concept.

For myself, there are comments I’d like to make, but don’t—not because I think they’re inappropriate, but because I don’t want to engage in the hailstorm of feedback my comments might get. That’s not to say I won’t make a potentially controversial (or simply unorthodox) comment on something because of the feedback, but it definitely makes me pause…. sometimes too long…

It happened just yesterday coming home from our conference championship. I was scrolling through social media and came upon a thread (don’t remember where it was now) about the discussion of favorite leotards at all the conference meets this weekend. There are two things that I have a totally universal and inclusive thought process about in the world of gymnastics, one is leotards. I have zero allegiance to our team, our conference, or only blue or black. To me, a beautiful leotard is like a beautiful Oscar gown. I wanted to add my opinion to the thread and say, “I think Utah’s leo’s were stunning,” but I didn’t because my second thought was… “people will have a field day voicing their opinion about my ultimate m.o.” …By the time I thought through this and decided I didn’t care what other people thought, I couldn’t figure out where I had seen the thread… my FOPO pause was a bit too long.

The second thing that I feel is absolutely all inclusive at gymnastics meets is the end of the meet Dance party. I know that we at UCLA Gymnastics annoy the crap out of some people with how much and how often we dance (again something I’ve gleaned on social media), but dancing is not exclusive to any one team. Every time I look around an arena when a great Dance song is on, every team is enjoying the moment and spirit of dance. Those moments are so much fun to observe because they are never planned and always 100% spontaneous. I absolutely LOVE LOVE LOVE it when at the end of the meet all of the teams celebrate this amazing sport by coming together in a mosh pit of dance. This spirit is what sport should be all about… a great competitive environment capped off with a celebration of how blessed we all are to be a part of collegiate athletics.

I wanted to write all of that on the social media thread about us dancing so much, but I didn’t feel my sincerity would be adequately conveyed about how much I love an all-inclusive dance party, so I chose to not comment. Again, FOPO.

Since I don’t have the inclination to search for these threads, I decided to write about them here because I was disgusted with myself that I didn’t simply respond in the moment. Both comments are positive and only good should come from posting them, and yet I hesitated because I didn’t want to have to deal with social media scrutiny. Seriously??? Especially on topics as benign as leotards and dancing…why should I care?

How lovely would it be if people who posted mean-spirited comments actually had a bit of FOPO?

Yes, I believe people can be Kind and Fierce. Honest and Respectful. Opinionated and Non-Judgmental. A platform on social media like that would broaden our safe space and open all of us up to more explorative and deeper thoughts and creativity.

[…] Informations on that Topic: officialmissval.com/fopo/ […]

Who Are You Conducting? | Official Miss Val

[…] inner team dynamic was.    It was the worst year of my coaching career. I got some serious FOPO (Fear of Other People’s Opinions). The decisions I made were fueled by a desire to have positive online comments rather than what […]

Love everything you said here, Miss Val. I have been going through a tough time lately and seem to have lost a lot of my joy… I’ve been coming back to your site a lot because I really love your outlook and am very inspired by you and your team. Thanks for reminding me that other people’s opinions don’t matter. ❤

Social media isn’t reality so you’re never obligated to comment 🙂 . I think it’s actually kind of a time suck and I don’t take it seriously at all. It’s just entertainment when I need a mental break. I have Facebook and I love that it lets me stay in touch easily with people I meet but I really only put 1% of my life up on it. I’m just not public that way. I think FOPO is really meaningful but outside of social media. More like don’t let FOPO stop you from pursuing your goals. UCLA’s dance parties are… Read more »

First I would like to say that I am so proud to call you a friend! Your words have a tremendous impact on gymnastics in our country today. I admit that I too suffer from FOPO. Kyle Khou and I had the honor of joining the Bruin fans this weekend at Pac 12’s. The energy in the arena could have lit up the world! It was wonderful! Then after awards the negative comments started flooding facebook. Comments about scores and bias and saddest in my eyes was people saying that Elizabeth Price should not have won Pac 12 Gymnast of… Read more »

Unfortunately people love to jump on the hateful, disrespectful ,and just plain mean bandwagon. I am all for everyone having your own opinion. But I wish people would be more respectful when voicing their opinions. I rather enjoy seeing the athletes dance on the sidelines. Even the ones that can’t dance all that well.(not nameing names) to me it shows they love being a gymnast and have confidence not only in themselves but in there team as well. Not to mention it makes the meet more fun for them and the audience.