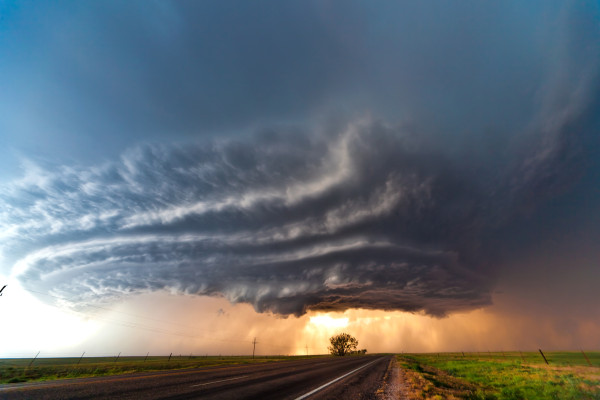 Congratulations, You’re In The Desert

I can’t tell you how many of our student-athletes I’ve annoyed over the years as they sit in my office distraught over some boulder life has thrown in their path. As they sit downtrodden, tears streaming, totally deflated by the latest challenge, I look into their sad eyes with a twinkle of excitement and say, “This is going to be Amazing!”

NOT what they expect or want to hear. I continue, “You’re in the Desert!”

The greatest example of the transformational power of the Desert is Jesus. Jesus didn’t find himself in the Desert but instead was led there by the Spirit to deal with the temptation of evil.

Winston Churchill said, “Those destined for greatness must first walk in the Desert.”

Walt Disney was once fired for not having enough creativity. I imagine his Desert was filled with visions of enchanting characters that exuded wonder and goodness through their imperfectness.

Michael Jordan tried out for the varsity basketball team at his high school as a Sophomore and didn’t make it (his taller friend did). He has recounted the story, saying he went home and cried, but then used that chip on his shoulder to fuel his greatness.

Studies done at Harvard have concluded that the greatest predictor of eventual greatness is the ability to embrace the struggle through the Desert. Those who can embrace the fact that what they learn during this time is exactly what will eventually catapult them to greatness are the ones who prove perseverance, hustle and an attitude of gratitude are the riches earned that will take them out of the Desert and into their own personal, inimitable greatness.

One of my favorite student-athlete stories of the Desert is Jeanette Antolin. Halfway through her freshman year I saw her laying on her back in the gym during training. I went up to her and asked, “What’s up?”

She looked at me and said, “Miss Val, I don’t ever want anyone to tell me what to do EVER again.”

I chuckled a bit and replied, “Well honey, then I think you need to go find a desert island to live on because that’s just not how life works.”

She proceeded to do a few more things that eventually got her kicked off the team and her scholarship stripped. She was definitely IN THE DESERT!

She sobbed in my office and followed me to the gym, clutched my arm and continued to sob and plead with me to change my mind. It was at that point that everything became so clear to me. Jeanette was in the Desert. I looked at her and said, “Jeanette, this is going to be the best year of your life.”

Jeanette did not want to hear that, did not understand it and I’m fairly certain that at that moment I was not one of her favorite people. But… I was right! With no one to bail her out and pay for her schooling, rent, etc. Jeanette got student loans and immediately did what was needed to become a licensed athletic performance trainer. She worked with clients in the early morning, kept going to classes at UCLA, and went back to work at night. About 6 months later a few of the girls on the team came to my office and said they wanted me to reconsider letting Jeanette back on the team.

They all confirmed she had “really” changed. She was motivated, excited about life, and happy. What I didn’t know was that she had been going into the open recreational gym at night to train. I told the girls in my office to tell Jeanette I’d stop by open gym sometime soon. I’ll never forget trying to keep my eyeballs from bulging out of my face when I saw her blast a sky high vault. “Uhhhhhhhh OK… I’ll meet with her.” Jeanette joined our team mid-season that year—without a scholarship—and not only helped our team win an NCAA Championship, but became a strong leader for the remainder of her time on our team.

There will be times in life when a drought will wash over you and you’ll find yourself in the Desert. Just remember it will be painful, but it truly is a gift.
The Desert always invites pivotal motion.
The Desert challenges our potential.
The Desert offers a place to shut down, regroup, and come out better than we went in.

I don’t look forward to my next stint in the Desert, but I don’t fear it either. I know when that time comes I’m fully equipped to get through it and come out a better version of me.

There was this one time I remember being in a desert. It was my very first job, straight out of college, as an acrobat/performer 18 years ago. Two days before opening night I slipped off the damp tumbltrak while attempting a full twisting double, landed short and dislocated my ankle. My doctor told me that it was a bad enough injury and that I had little chance (“5 to 10%” actually) of ever walking without a limp again. I told him that was not an option. That I would be back on my feet and perform in the show before… Read more »

ahahahahah – as I was reading this I was thinking “Wait…. that sounds strangely familiar.” So glad you persevered and have had such a brilliant career since getting the “Miss Val eyes”… I hear they can be daunting.

Thank you Miss Val. This was just what I needed tonight. I acknowledge I am in the desert, but I vow to make more phone calls in the morning so that I can begin the journey out of the desert and back to living! You have always been an inspiration to me, especially when you left our gym to pursue your dreams at UCLA.

Thank you beautiful Debbie. Glad I could be of help. Let me know how it goes!

Been in the Desert many times , the experience has served me well.
,

Thank you so much for reminding us that desserts are God’s gift in molding us. The last few years I have been thrown into one dessert after another. And this time I am at the doors of another as I start my medical training in various states. I was recounting with my spiritual guide how much I absolutely hate being so cut off and he kept reminding me of the vary thing you talked about in your post, that God is giving you an awesome opportunity that I should be excited about. Thankfully I’m not scared any more, possibly getting… Read more »

Wow – thank you for your message. We are all remarkable vessels if we only take the time to stop and listen. Something I work on daily. 😉

Well said! Beautiful outlook. Just tonight I told a dancer of mine that just received her 2nd rejection letter to medical school that God has great things for her and that it will be so fun to see how she perseveres. She looked at me thru tears and said she just wished He would let her in on the plan. I like using the desert as an analogy. Thanks for sharing Val.

Thanks Lori, it’s much easier being on the counseling end of the Desert than the one in it but I agree with your friend. Every time I’m in the Desert I plead with God “God, I can handle whatever you give me. Can’t you just let me in on my foreseeable future???” =)

This is such a great message. We have all been through the desert. Thank God for the occasional rain.

Amen, my friend! This is a great reminder for all of us. One of the things my dear pastor prays for during rough desert patches in my life is not that God will “take it away” but that God will teach me all He has to teach me during this time–this desert time. It’s in the desert that I grow closer to God, that I learn more about myself and who God wants me to be, that relationships are tested and the strong ones proven true….I could go on and on. The desert place is one of the sweetest places… Read more »

Amy ~ one only needs to look at you to see God’s light! You radiate love and all things good!

Great Inspirational examples of those who embraced the Desert! Thank you!

We’ve been through quite a few Desert stints in our 30+ year friendship J. Having Faith that it’s not permanent has been tremendous comfort.

I have really enjoyed reading your musings. I find that’ll I read it once and then weeks later what I’ve read will pop back into my head at just the right time. “I get to” vs “I have to” during a seemingly endless wait at the doctor’s office . Or asking my friend “What word would you abolish from the English language?” during a long bus trip ( they thought I was pretty crazy for that one but it turned into a very interesting conversation haha ) . Anyways thank you for these daily bursts of inspiration! I think this… Read more »

Thank you for posting Annie! And I loved your comment about your friends thinking you’re crazy! MIX LIFE UP!!! It’s so much more fun than same ol’ same ol’!

Thank you for this Val, really need it at this time. I will always try to keep this frame of mind in this Las Vegas desert.

I was thinking of you when I wrote this. You have amazing talents, including a wickedly smart mind. Be still ~ and feel the path you need to take to come out of the Desert stronger than when you went in. I have no doubt that you will succeed. XOXO